Independent organisations of Black people and people of Colour as well as
postcolonial NGOs protest against their exclusion from the concept “Hamburg’s
colonial legacy”, set up by the city government. On July 8th Hamburg’s Senate introduced the outlines of a planned memory culture concept to the City Parliament. This is the first city-wide concept in Germany for coming to terms with the colonial past.  The organisations of Black people and the African associations in Hamburg placed emphasis on the fact that they were the ones to initiate that very idea, and in principle they now welcome the plan. However, they explicitly protest against the fact that they have been excluded from the concept development. Furthermore, no efforts seem to have been made to allow a future participation of the descendants of the colonized and of the critical history initiatives. END_OF_DOCUMENT_TOKEN_TO_BE_REPLACED

END_OF_DOCUMENT_TOKEN_TO_BE_REPLACED 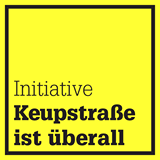